After digesting my interview with Chef Matt at Il Piatto, I decided to move to a closer neighbor who has consistently delighted the Inn’s guests time after time: L’Olivier. Owned and operated by Chef Xavier Grenet and his wife, Nathalie (who helps manage the daily operations), it’s right around the corner at the intersection of West Alameda and Galisteo Street. The name is derived from the Ancient Greek story about Athens’ namesake-Athena and her gift of the olive tree to the people of Attica-providing a valuable food source which has thrived for over 10,000 years.

The interior is both elegant and contemporary. Painted in warm earth tones-squash orange and olive green (naturally)- with high ceilings and large windows, the space feels fresh and rejuvenating. The tables are set in nearly all white, designed to let the food and drink take center stage. It was at such a table that Chef Xavier sat to discuss his approach to food and his favorite items on the menu.

Inspired by the seasonal herbs and foods around him, he creates traditional French dishes with subtle touches of Southwestern elements. Whenever possible he incorporates local farmer’s products that he melds with freshly provided staples like Duck, Lobster, Elk Tenderloin, Sea Bass, and Beef Tenderloin for his entrees, and Squash Blossoms, Arugula Fig Salad, Yucca, Escargot, and Tuna Tartare for his appetizers. He also incorporates Grilled Vegetable Napoleon as a recurring vegetarian option and has a vegetarian special of the day.

While everything listed above is fabulous (I have been lucky enough to enjoy two different meals so far with a variety of friends-sampling nearly everything as a group)—I was excited to find out what Chef Xavier felt were his best dishes. I got the usual “I pretty much love everything” response that any Chef would rightly say. Not much after that, he allowed the “but……” to reveal itself: The Squash Blossom Tempura with Boursin Cheese, Red Chile Beurre Blanc and the Lobster Salad with Avocado, Tomato, Apple, Black Truffle, and Sherry vinaigrette are particular favorites on the Appetizer menu. Without much more coaxing, he explained that the Spiced Duck Breast with Pommes Croquettes, Sautéed Spinach and Fig Sauce is something he is particularly proud of. To paraphrase, he reasoned that many food items on the menu and other places can be made at home with readily available ingredients. Duck, on the other hand is not a commonplace meat in Santa Fe, and the way he expresses it is something particularly unique to his background and influences. He also enjoys the Organic Grilled Beef Tenderloin with Green Peppercorn Sauce served with Fava Beans (aaaaah, Fava Beans), Emmental Cheese, and Potato Gnocchi.

Both meals are deserving of the perfect wine pairing. For the Duck, Chef Xavier recommends a Pinot Noir from France, Oregon or California depending on the bouquet you prefer. The Beef tenderloin calls for something more robust so he suggests (without hesitation) the Cotes du Rhone.

Chef Xavier has a rich background, including experience in France, Switzerland, New York, and San Francisco. At one point Christian De Benedetti of The New York Times said “Xavier’s French inspired Menu uses bold Southwest flavors with finesse.” His favorite past experience was with cooking for film. He enjoyed the challenge of going to different places and making a variety of dishes outside of his normal repertoire. He also listed his time at the Michelin three-star rated Jamin under the leadership of Joel Robuchon as one of his favorites, but for a different reason. Robuchon was very exacting and pressed Chef Xavier to constantly improve and perfect his techniques, taking his skill to a higher level.

I strongly recommend Chef Xavier’s L’Olivier without reservations, though I highly encourage making reservations well in advance. In Health and Prosperity, SamG of the IOG 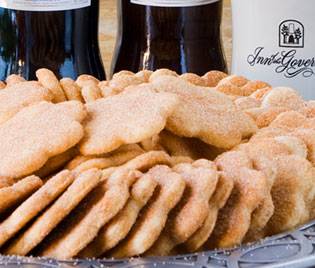 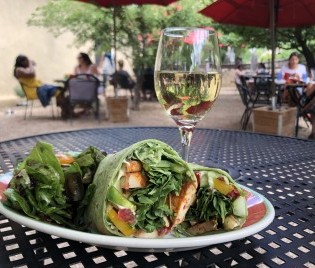