Combine eggs, sugar, vanilla and lard. Mix ingredients thoroughly. After eggs, sugar, lard and vanilla are mixed thoroughly, add baking powder and flour. Mix in anise seeds (crushed to bring out the flavor). Mix into a dough; it should be the consistency of pie crust dough.

Roll out dough thick or thin (however you prefer). Cut cookies and dip in a mixture of cinnamon and sugar before baking.

Biscochito (or bizcochito) is a crispy butter cookie flavored with anise and cinnamon.

It was developed, by residents of New Mexico, over the centuries from the first Spanish colonists of New Mexico. The recipe for making the cookie has been greatly influenced not only by local and indigenous customs, but also by recipes brought to New Mexico by immigrants from other Hispanic countries. It is served during special celebrations, such as wedding receptions, baptisms, and religious holidays (especially during the Christmas season).

It is usually eaten with morning coffee or milk, after lunch in the early afternoon, or dinner late at night. The cookie is seldom known outside its various territories.

In 1989, the state of New Mexico adopted the biscochito as its official state cookie. This act made New Mexico the first state to have an official cookie. It was chosen to help maintain traditional home-baked cookery.

Add half and half, potatoes, chicken base, white pepper-cook for 10 to 15 minutes over medium heat.

In a small bowl make a slurry with the corn starch and ½ cup water.

Bring to a boil and whisk the slurry into the pot until the soup is slightly thick.

Notes: It will stick if heat is to high, so stir frequently. Roasted New Mexican anaheim green chile is a good choice.

View this recipe on DelCharro.com

Heat oil in a 10 quarts stockpot over medium heat; add onion and sauté until tender add garlic and sauté for 30 seconds.

Add posole, diced pork, red chile puree, pork base, vegetable base and 12 cups of water. Cook over medium heat until the posole kernels swell and burst open for about 1 ½ hours. Remove excess grease.

View this recipe on DelCharro.com

Green chile was introduced to native New Mexicans sometime between the late 1500’s to early 1600’s.Due to the dry climate of the area, these chiles took well to the environment, and have been a staple in New Mexican food ever since.Always growing in popularity, the most famous green chile is grown in Hatch, NM, about 4 hours south of Santa Fe.Hatch green chile has started appearing in several restaurant chains across the country, and small farming communities have even been accused of changing their name to Hatch in order to piggyback on the name’s popularity.

In the case of this dish, the green chile pre-dates the corn chowder that we are blending it with.Original documentation of corn chowder being used in the United States did not occur until early 1900.Despite this fact, it is believed that Pueblo Indians were using the chile to spice up corn-based meals long before this time.

Don’t be surprised if you get hooked on this chile flavor during your visit.One of the most common laments of ex-New Mexican’s is their inability to get their hands on green chile.Thanks to advancements in technology, most of the states large distributors offer shipping to both international and domestic destinations.So order a bowl of our chowder, but only if you’re ready to start ordering green chile from the comfort of your home. 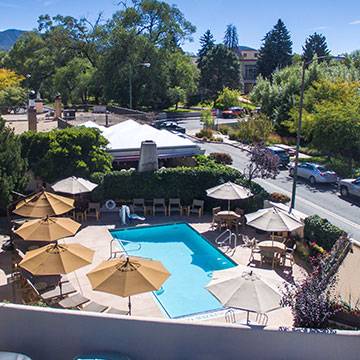 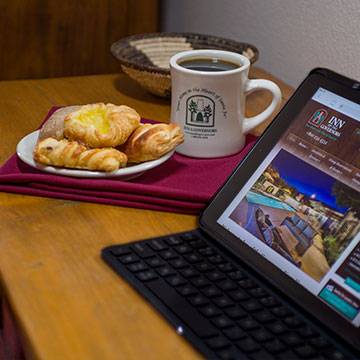 Our Official Guide to Santa Fe